Since 1891, Fair Oaks Senior Living has been serving our city's seniors. For over 130 years, we have provided services to meet the varied needs of our senior living community. Our dedicated staff understands that each individual has unique needs and we design our residential care services to meet those needs. To provide the highest quality of care and peace of mind to those who live in our senior living community, while also maintaining the charitable traditions of our founding fathers, our residential care services are family-friendly and faith-based. Our open-door policy provides residents and their families peace of mind. Another unique advantage is Fair Oaks' all-inclusive fees for long-term care residents.

Over 130 Years of Caring

Fair Oaks, formerly known as The Congregational Center, was originally established as a result of the inspiration and foresight of two men, the Reverend Frederick Ruoff and his closest friend, Frederick Gwinner. In 1888, Reverend Ruoff, of the Smithfield Evangelical Protestant Church, established the German Protestant Orphanage on the site of the West Liberty Avenue home of the Demmler family. Sections of the original retaining wall are still visible today from Pauline Avenue. The orphanage provided a sheltering home for children who for various reasons were living absent from the comfort of their parents.

With that work accomplished, Reverend Ruoff was inspired to establish a similar home devoted to elderly men and women who either had no family to care for them or were otherwise forced to live alone. Reverend Ruoff felt that his church had a direct responsibility for the welfare of its elderly members. In 1890 with the financial support of Mr. Gwinner, other German Evangelical Protestant Churches, and their friends, Reverend Ruoff purchased the country home of J.M. Stoner in Fair Oaks, near Sewickley. The German Evangelical Protestant Home for the Aged subsequently opened on that site in 1891.

In 1924, most of the German Evangelical Protestant congregations that supported the orphanage and retirement home joined the General Council of Congregational Churches. It was during the summer of 1924 that the orphanage was lifted from its foundation and moved up the road to what is now the current site of our gazebo and walking trail area.

In 1926, when a new building was erected beside the orphanage at West Liberty Avenue and Pauline Avenue, the present location of the retirement home was established. The building still stands today and is used for office space and storage. Eventually, the orphanage was closed and the building became the property of the Salvation Army, who opened the Booth Home for Unwed Mothers. Despite the loss of the orphanage, the retirement home continued to prosper through the mid- twentieth century, culminating with the 1978 construction of a lovely six-story high-rise building which is Fair Oaks today.

In 1991, Fair Oaks celebrated its centennial anniversary in grand fashion by purchasing the old Booth Home and its adjoining seven acres from the Salvation Army. The building was removed and the area is presently a gazebo park and walking trail.

Over a century later Fair Oaks continues to serve seniors of our area, providing affordable care and excellent service. We presently provide care and service for 90 residents in our spacious, six-story high-rise.

We are dedicated to providing a safe, friendly environment, with a variety of activities that will help our residents enjoy their golden years and enhance their quality of life. 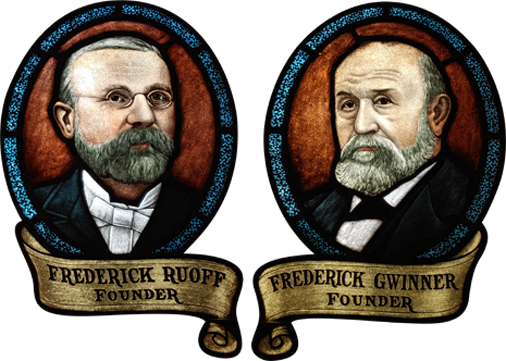